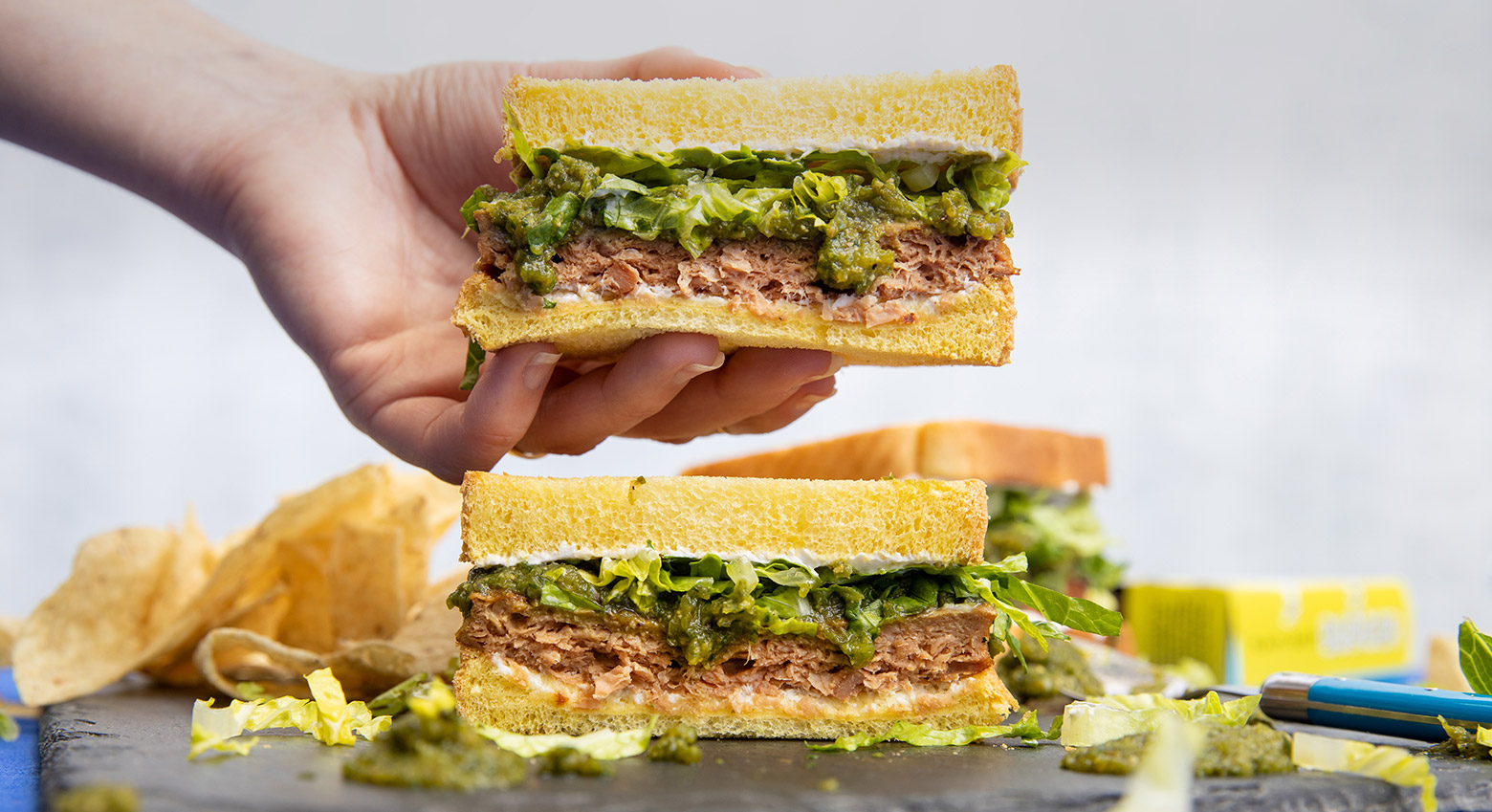 A green chili sauce generously spread over our new plant based burger and sour cream spread on two thick slices of white toast, this burger should be served with a cactus emoji! We serve it with a heaping side of tortilla chips instead.

1. Preheat oven to 475℉. Place peppers and chopped onion on a sheet pan. Roast turning peppers occasionally until they are charred on all sides and onions are tender, about 10 minutes.

2. When cool enough to handle, peel the skin from the peppers. Slice open and scrape the seeds out. Transfer to a blender and add onion, jalepeños, cilantro, cumin, coriander, salt, and pepper.

3. In a large skillet, cook burgers according to package instructions.

4. To serve, spread 1 tablespoon vegan sour cream on each slice of toast. Top with burger and drizzle green chili sauce over. Finish with shredded lettuce and second slice of toast. Serve with corn tortilla chips.

We'll email you every couple of weeks or so with tidbits from Tofurky Land: new products, gotta-try-it recipes, coupons, contests to win gift cards and swag -- fun stuff like that.