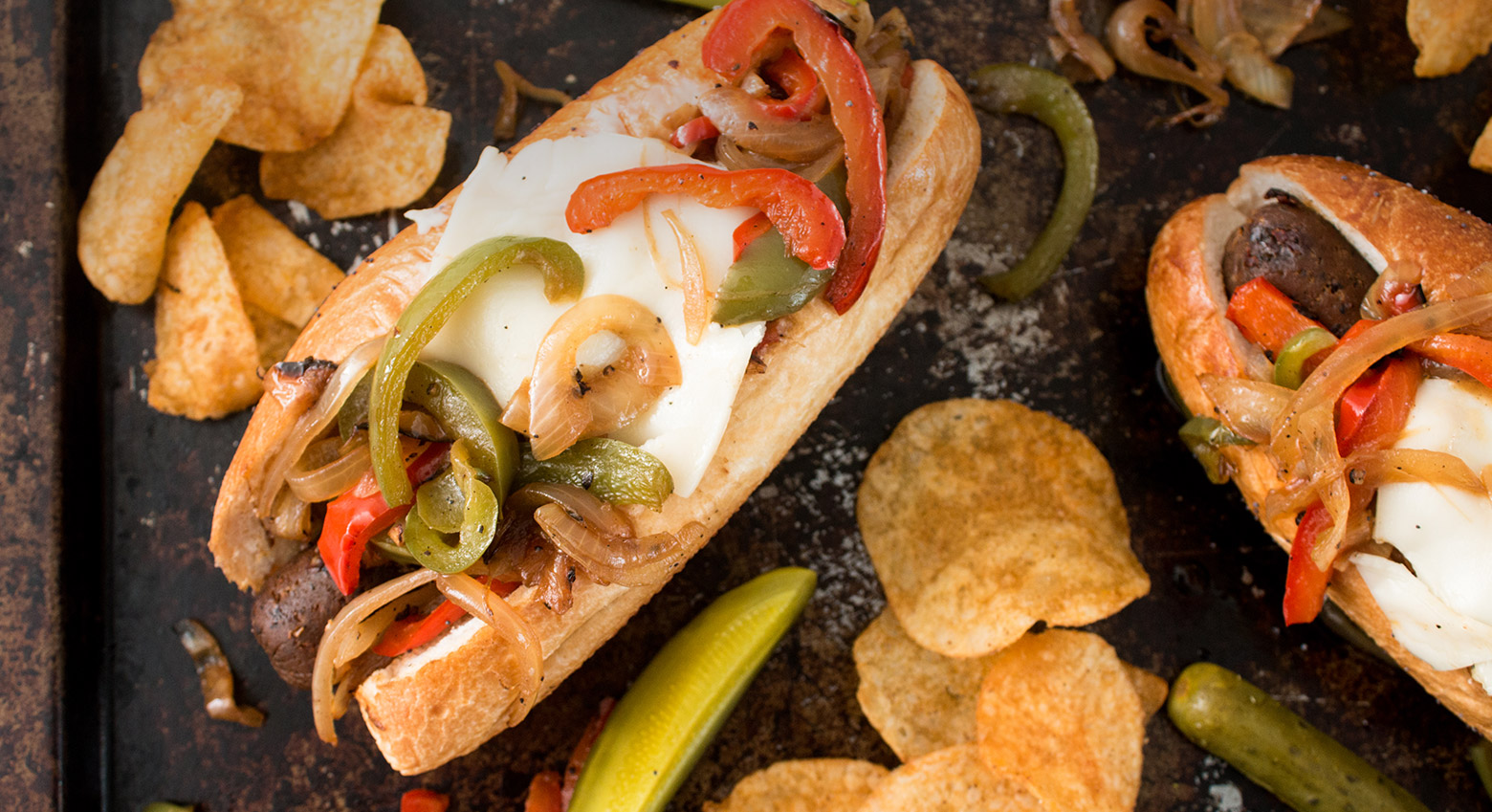 Bet you thought you’d left behind sausage subs loaded down with peppers, onions, and melty cheese when you became a vegan, didn’t you? We are happy to report that you were wrong! Being wrong never tasted so good.

2. In a large skillet, heat 1 tablespoon oil over medium heat. Add sausages and cook, turning occasionally, until browned on all sides. Transfer to a plate.

4. Divide sausages between buns and top with peppers and onions. Top each hoagie with 2 slices cheese. Place sausages in buns on a baking sheet and bake until cheese is melted, about 8 minutes.